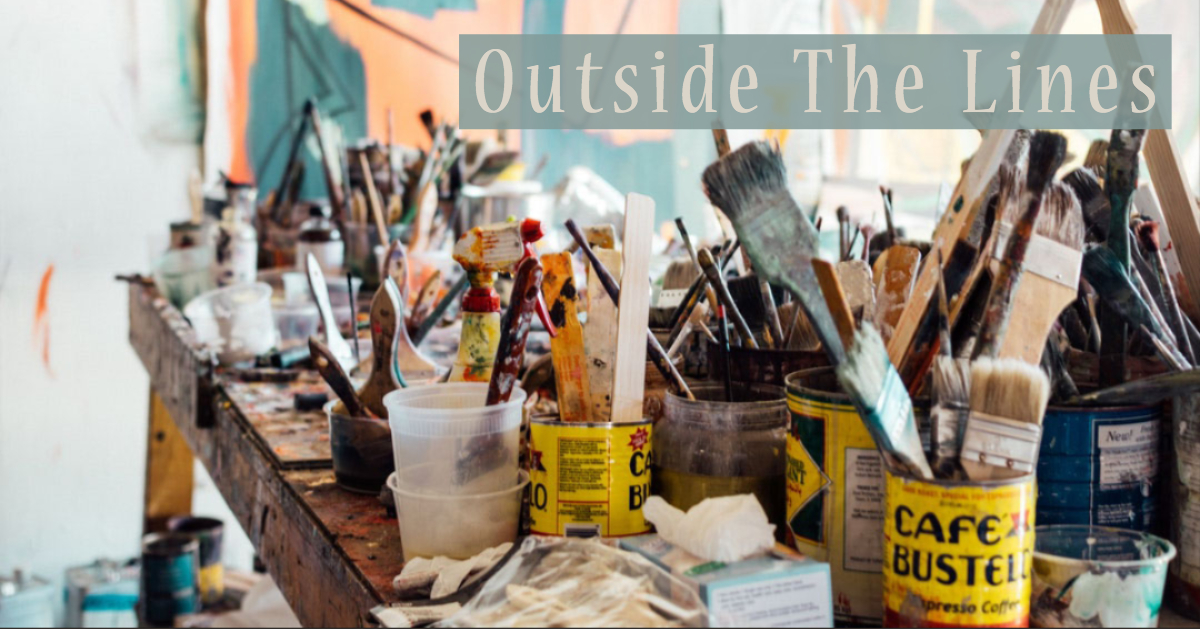 Parenting is all about navigating new territory on a continually shifting landscape.
Parenting teens is that description to the nth degree.
Nothing ever stays the same. (well, rarely every)
The moment you feel you have it figured out, everything is new. Throw in vocabulary that also changes by the day, making you feel like you’ve walked into a new culture by the minute, and parenting feels like a whirlwind.

Like….
Skirrrt those nasty pickles, but the fries are dope.
That dude’s party was lit, but I was so salty when no one liked my dessert.
There ya’ go, that’s the tea sis!
But I’ll stop now before ya’ll think I’m cringy. 🙂

One constant (at least mostly) for my oldest son has been his affinity for “good” music. While our definitions of “good” are pretty different most days, it’s a conversation we can have any time, any day. My son is a deep thinker, always looking at things from a unique perspective, which pairs well with my theological core as I love to slow down and think through the roots and implications of a small part connected to a bigger picture. He and I have spent countless conversations listening to lyrics, hitting pause, and then poking at the words for what they really mean instead of just drinking them in.
“Mom, I have a new song for you.”
“What about these words, Mom, what do you think he is thinking?”

Sometimes, he’s surprised that a favorite song of his actually has a meaning he didn’t expect, and sometimes, I’m surprised (and encouraged) by the songs he chooses to share.

Today was one of those surprises.
For me.

It was another daily drive to gymnastics, and another playlist. A couple of songs, a couple of thoughts, and then one he hadn’t shared before played, arresting my attention from the first note to the last.

I met Craig at a church called Redeeming Grace
It’s like he understood my “I don’t want to be here” face
I felt out of place and I smelled like beer
But he just shook my hand, said “I’m glad you’re here”
He says, “we’ll all be judged”
But he was never judgmental.

As Walker Hayes crooned on and the images he painted came to life in my mind, all I could see were all the “Craigs” I knew, all the times I’d seen my husband be “Craig”, how my own heart beat passionately to be “Craig”, and how Jesus calls each and every believer to be Craig.

Girls, Craig gets it!
He knows the truth of Jesus, he has been transformed and renewed by the deepest of graces found in the forgiving, sacrificial blood of Jesus spilled on his behalf.
Craig is indeed “tight with the man” who is The Redeemer.
And he knows redemption is meant for all.

Jesus is the Rescuer
for teenage boys who think they get it all, but are struggling to find themselves.

Jesus is the Rescuer
for teenage girls who change their friend groups like they change their clothes, wondering what they were made for.

Jesus is the Rescuer
for the one sitting on the edge of his bed, pills in hand, feeling he’s worthless and without value.

See, Jesus came to push us outside of our pretty little lines.
He gives us the permanent marker of His love, grace, and truth, and says, “go to all, exclude none.”

Go Outside The Lines

Peter had been redeemed years earlier.
He thought he had this Jesus-life pretty figured out. He’d learned first-hand what it looked like to live out love as he literally walked beside Jesus. He watched His Savior be crucified, and was breathless when he realized the tomb was now empty and Death was defeated. The Holy Spirit had indwelt him and given him powerful boldness to reach thousands with the gospel.
He knew all of that, but The Redeemer intended more.

The Lord gave Peter a vision, commanding him,
“Do not call common what God has made clean.” (Acts 10:15)
In essence, “Stop pushing others away and automatically excluding them from My redemption because of your predetermined judgment lines.

Sisters, let’s decide to live out our days asking, “what if we colored outside the lines?”.
Like Craig.
Like Peter.
Like Jesus, who died for us while we kept on loving our sin more than the Savior.

We don’t walk on water, but because we are tight with the One who did,
we can love beyond our lines!

“Did you like that one, Mom? I picked it just for you.”
“Yeah. Yeah, I liked that one, and I’m not even salty we listened to your music all the way here.”
“Salty?!”, with eyebrows raised. “Wow, Mom…well played!”.

Thanks for joining us today as we journeyed into Seeds Week Three! Don’t miss out on the discussion below – we’d love to hear your thoughts!
Click the above image for today’s Digging Deeper! 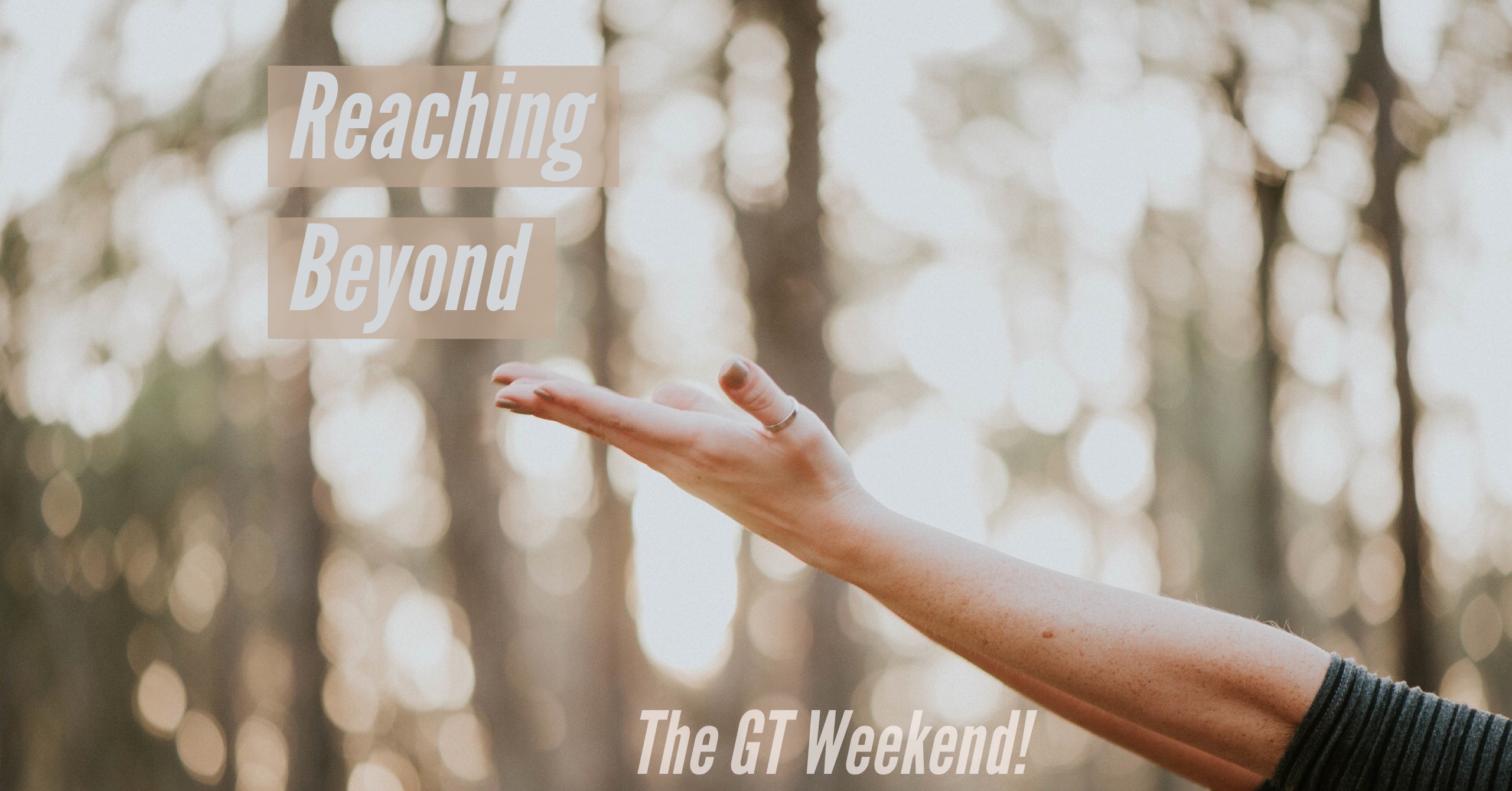 At Gracefully Truthful, weekends aren’t for “checking out”.
Use this time to invite the Almighty’s fullness into you life in a deeper way!
Saturdays and Sundays are a chance to reflect, rest, and re-center our lives onto Christ. Don’t miss the opportunity to connect with other women in prayer, rest your soul in reflective journaling, and spend time worshiping the Creator who longs for intimacy with each of us!

1) There are so many sub-groups of people that are easy to separate from our daily life and become ignored. Choose one group and commit to praying for them this week.
Ex. Pray for orphans globally that they would feel Father’s love and value of them this week.

2) When we study Scripture and see all these people to love and all these places to be intentional, it can feel overwhelming. But making it about what I need to do completely misses the heart of the Gospel. Ask the Lord to give you “the peace of God that transcends all understanding, to guard your heart and mind’ (Philippians 4:7) as you process social injustice through the lens of Scripture.

3) Peter gives us the charge of being hospitable to all, to use our gifts to serve each other (1Peter 4:9-10). These last few weeks, we’ve looked at the marginalized people in our world. Who do you feel God is calling you to host?

Pour Out Your Heart

With all our heart and with all our mind, let us pray to the
Lord, saying “Lord, have mercy.”

For the aged and infirm, for the widowed and orphans, and
for the sick and the suffering, let us pray to the Lord.
Lord, have mercy.

For the poor and the oppressed, for the unemployed and the
destitute, for prisoners and captives, and for all who
remember and care for them, let us pray to the Lord.
Lord, have mercy.

For deliverance from all danger, violence, oppression, and
degradation, let us pray to the Lord.
Lord, have mercy.

Defend us, deliver us, and in thy compassion protect us, O
Lord, by thy grace.
Lord, have mercy.

-The Common Book of Prayer

In everything, with praise and thanksgiving,
make your requests known to God!
Click here to comment and pray with the GT Community!
Want to connect with a GT Partner?
Send your prayer request to prayer@gracefullytruthful.com
We are committed to praying over and walking with you!

Sign up to have GT Journey Studies sent to you!
What were your thoughts from the GT Weekend?
How were you drawn near to the Father and encouraged in your faith?
Share with the community and encourage other women!