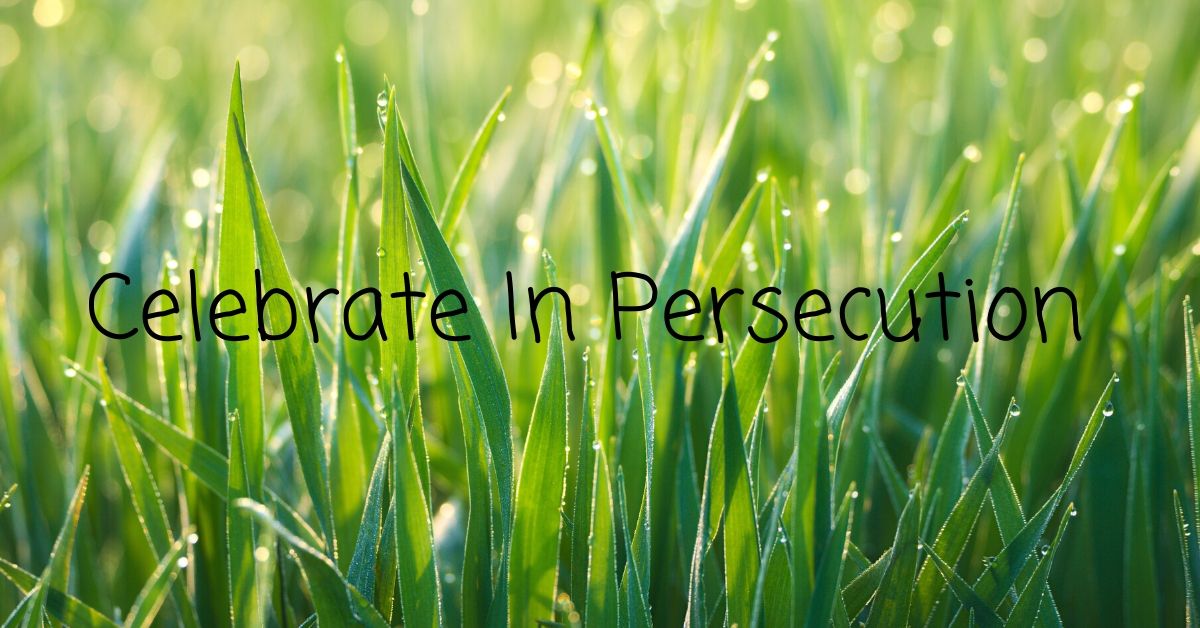 In the 1950s, a young missionary pilot had a passion for the Huaorani tribe in Ecuador. This tribe was suspicious of, and known to kill, all outsiders. But Jim Elliot felt called to reach them and share the Gospel. Step by step, he made inroads to reach the tribe.

Finally, he and his team built a camp not far from the Huaorani people. They made contact and even took one of the tribespeople for a plane ride. Later, a larger group of tribesmen came to the base expressing interest in the plane, instead, they turned and killed all five missionary men.

Jim’s wife, Elizabeth, and the other widows continued the work to reach the Huaorani people, despite the great danger they faced. She persisted in the belief that, as her husband was often quoted to say,

“He is no fool who gives what he cannot keep
to gain that which he cannot lose.”

Eventually, the women reached the entire Huaorani tribe for Christ, including those who had killed Jim and the others.

The Elliots experienced what Jesus promised would be true for all believers in this world, we will be hated and even killed (John 15:18-19, Matthew 10:22). The world rejected Jesus and attempted to end His work; we are to expect the same. So rather than being surprised and caught off-guard when we face persecution, let’s prepare ourselves so we can endure to the end.

The apostles certainly experienced persecution! But they persevered to spread the Good News. They prayed for each other, not to be removed from trouble, but to seek boldness to continue speaking the Word of God and performing miracles. As they prayed for endurance, “they were all filled with the Holy Spirit and began to speak the word of God boldly.” (Acts 4:31)

In my own life, there have been many trials and tribulations, and my ministry team has encountered persecution. But this opposition has drawn us even closer to God! We were made stronger in our faith and able to encourage others. Looking to Jesus kept us from becoming distressed and gave us boldness in ministry.

This boldness in kingdom work comes from equipping ourselves with the armor of God. Each piece of armor, fueled by the Spirit of God, adds strength and courage to our fight. As we don our armor daily, we are prepared for battle.

Paul wrote of his many trials in his epistles:

“We are afflicted in every way, but not crushed; we are perplexed, but not in despair; we are persecuted, but not abandoned; we are struck down, but not destroyed. We always carry the death of Jesus in our body, so that the life of Jesus may also be displayed in our bodies.”
(2 Corinthians 4:8-10)

Rather than complaining about his poor treatment, Paul praised God in his suffering because it advanced the Gospel. (Philippians 1:12-14)

Yes! Because he was sent to prison, he testified not only to prison guards, but to the great leaders of the day. He would not have been allowed in their presence except to stand trial. In presenting his defense, he shared the Gospel with judges and counsels and great men, such as King Agrippa (Acts 26:1-32); Paul was even prepared to testify before Nero, who was Caesar at the time (Acts 27:4).

Paul, and other saints of old, surely experienced fear as they faced persecution and declared the Gospel to hostile leaders. Similarly, we are still human and may become fearful when confronted with opposition to the Good News. But, just as the prayers of fellow believers gave Paul courage to boldly speak the Word of God, we too can be strengthened and encouraged through prayer (Philipians 4:6-7).

We can even rejoice, not only because the Gospel is being spread, but also because of the transformation within our own spirits. As Paul explains,

“We also rejoice in our afflictions,
because we know that affliction produces endurance,
endurance produces proven character,
and proven character produces hope.
This hope will not disappoint us, because God’s love has been poured into our hearts through the Holy Spirit who was given to us.” (Romans 5:3-5)

Paul’s words encourage us even today! We can rejoice because our suffering produces character and hope within us. Hallelujah! God’s love is poured out into our hearts and we are able to share His Gospel Story.

Finally, the Bible promises reward to those who persevere through trials: the crown of life!

“Blessed is the one who endures trials, because when he has stood the test he will receive the crown of life that God has promised to those who love him.” (James 1:12)

Therefore, sisters, let’s endure persecution covered in the armor of God and shrouded in prayer; let’s rejoice in our suffering, ever keeping our eyes fixed on the promises of God to further the kingdom, transform our character, and bless us with the crown of life!

Thanks for joining us today as we journeyed into Blessed Week Three! Don’t miss out on the discussion below – we’d love to hear your thoughts!
Click the above image for today’s Digging Deeper!

Looking for other journeys from this theme?
Here’s a link to all past studies in Blessed!