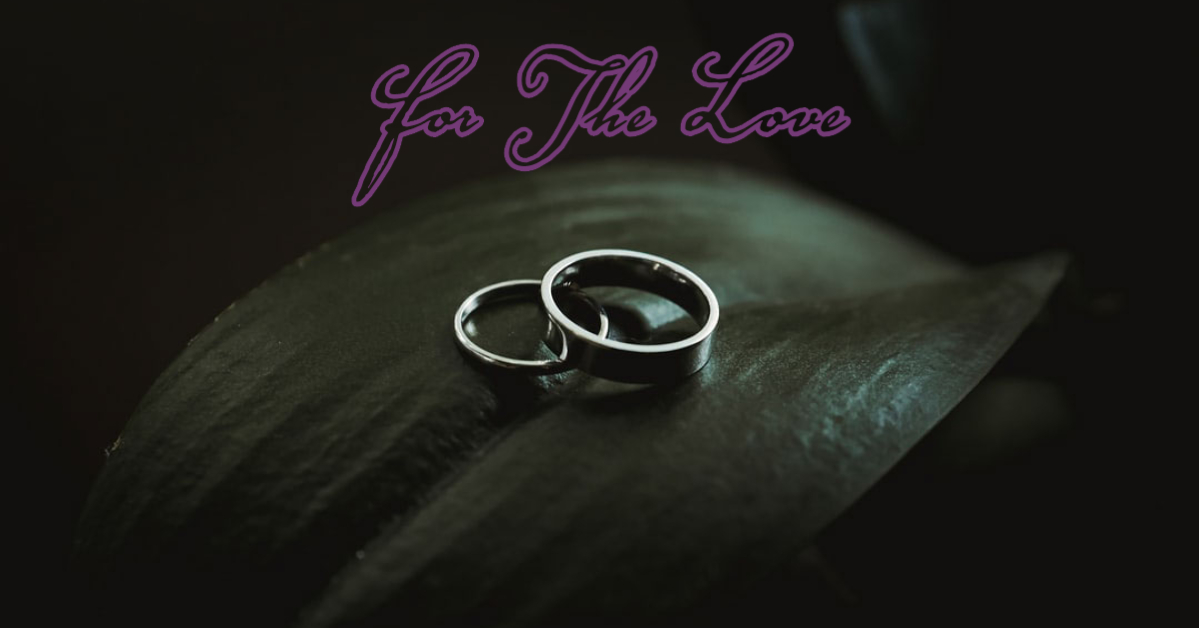 Then an expert in the law stood up to test Him, saying,
“Teacher, what must I do to inherit eternal life?”
(Luke 10:25)

Do.
What must I DO….to inherit eternal life.

When I said, “I do” to my husband, like any other wife, I had no idea what I was saying yes to.

I thought I was saying yes to….
Lifelong happiness.
A good partner.
Someone who would always cheer me on.
A leader I would always want to follow.
Never feeling alone.

What I didn’t think I was saying yes to….
Feeling alone for huge chunks of our marriage.
Wondering if I’d married the “wrong person”.
Feeling more encouraged by my barista than my husband.
Wondering how we could disagree about so. many. things.
Making plans for how to survive if he left me.
Long seasons of sadness.

Eventually, when all my expectations kept falling flat, and I realized I just might not get that “happily ever after”, I was ready to throw it all away…and blame God in the process.

I had stayed in the marriage.
I had been loving and kind. (well….mostly)
I had done the hard relational work.
I had been patient.
I had been prayerful.

I felt I had “done” everything I could, and God….well, He should have done something more…

If Jesus had been living on earth in physical form around years 7-8 of my marriage (and 9-10, and 11-13…), I probably would have driven over to His house and had a little “come to Jesus meeting.”

And it probably would have looked quite a bit like the conversation between Jesus and the lawyer recorded in Luke’s gospel.

When the lawyer approached Jesus that afternoon in Jerusalem, he had an agenda, and it wasn’t a heart-felt, how-can-I-change-to-honor-God attitude, either. He wanted to justify himself before this carpenter man from no-good Nazareth who claimed to be the Promised Messiah. He wanted the mic drop moment, where Jesus would be forced to give props to the lawyer and all his astounding “goodness”.

Jesus’ answered the lawyer, the expert on the law, by turning his question back on him with such poignancy, such directness, yet such intimate tenderness, it was impossible to miss Jesus’ heart for people.

In His own culture, Jesus did what I imagine He would have done for me if I had stormed His house with my own agenda. In my mind, He would have poured me a coffee and sat with me on the front steps while I poured out my frustrations, along with a solid dose of self-righteousness. Then, when I took a breath, He would have begun sharing a story. A story about me. A story I would be drawn into. A story that would take my breath away with its accuracy.

“A man was going down from Jerusalem….”, Jesus began, immediately arresting the attention of all those around Him, especially the lawyer. His story went on, full of nuances the expert of the Law would not have missed, while making His point that both examples of self-righteous souls in His story severely missed the mark precisely because they were keenly focused on their ability to perform and do.

Then, unexpectedly, there was a third character in Jesus’ story. A man who simply by being mentioned, would have turned the stomachs of those listening, especially our lawyer friend. The lawyer’s fists began to tighten and the color rushed to his cheeks as the despised man of the story turned out to be the hero instead of the righteous doers.

Without missing a single beat, Jesus looked squarely in the lawyer’s eyes (and mine), and asked, “Which of these three do you think proved to be a neighbor to the man who fell into the hands of the robbers?

Perhaps it was with clenched teeth and a stubborn insistence to not roll his eyes, the lawyer responded with resignation, “The one…” How it galled him that the hero was from a people group he loathed with every fiber of his being! He took a big gulp of air and quickly finished, “The one who showed mercy.”

Again, in a nanosecond, Jesus would have picked up our empty coffee cups, tossed me my car keys from the front stoop, and said with that kind, gentle, firm voice,
“Go and do the same.”

Dumbfounded, and awash with the kind of realization that just keeps hitting you like ocean waves, I would walk back to my car knowing I had a single calling in my marriage, to love like that man who was the very least likely to love.

I was called to be merciful.
I was called to be a good neighbor, not a self-righteous one.
I had been invited, by the Lord of All, to love my husband deeply, and continuously, because the Jesus-kind-of-love covers a multitude of sins. (1 Peter 4:8)

What could the lawyer do to earn eternal life?
Nothing.
Absolutely nothing.
So how could he access eternity?
By becoming like the Savior, which is only possible by a complete heart-transplant. Death to the old way of doing things, and coming alive to the love of Jesus and His mercy by trusting Him for salvation alone. No work of ours could suffice.

This really wasn’t about how my husband should change.
This was about my willingness to look at Jesus’ perfection instead of my marital flaws. When I found satisfaction in Christ, He fueled me to love my husband in a way that truly honored Him.

With startling clarity, as I reflected on that coffee meeting with Jesus that afternoon, I was reminded of another scene.
One where smelly, dirt-caked feet were held by the Master of the Universe and gently washed. Humility paired beautifully with lavish, divine love. Humility picked up feet that didn’t deserve His attention, and love bathed them with tenderness.
Christ’s words after giving such a majestic gift?
“Go and do the same.”

Being a neighbor to my husband means washing feet.
It means humility and love and tender mercy.
None of which are possible in my own human strength. I need divine intervention for this calling, which is why I need Jesus and His love to make me new.
For the love of Jesus, I can love my man.
For the love of Christ, I can go, and do the same as my Lord has done for me.

Thanks for joining us today as we journeyed into Neighbor Week One! Don’t miss out on the discussion below – we’d love to hear your thoughts!

Looking for other journeys from this theme?
Here’s a link to all past studies in Neighbor!