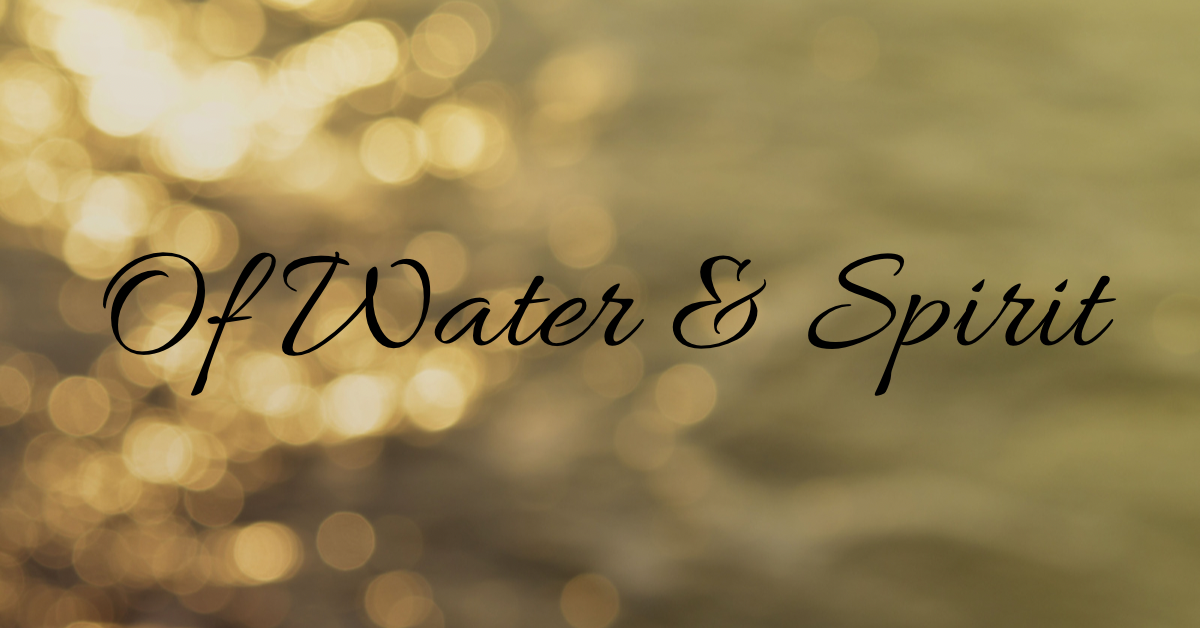 If my husband or I call our daughter anything other than her name, she is always quick to correct us. Like many families, nicknames are an affectionate habit, so we often use something like “sweat pea” or “snuggle bunny” instead of her given name. If she’s pretending to be a dog, frog, or other animal, we’ll say, “Oh my goodness, Elise turned into a.…insert animal name. “No, it’s me, Elise!”, she exclaims without missing a beat.

Over time, our four-year-old realized she has an identity.
One way she lays claim to her is her name.
It belongs to her, and no one can pin a name on her that doesn’t belong. Before she entered the world, her Dad and I chose a specific set of sounds, syllables, and letters to refer to her, and this combination was chosen with plenty of thought and intention.

When we come to know Christ, God gives us a new name.
Revelation 2:17 tells us our new identifier is written on a tablet, to be revealed later to us. Scripture is filled with other names we can now take ownership of as well, such as daughter (Mark 5:34), conqueror (Romans 8:37), and co-heir (Romans 8:17).

Despite these God-given titles, and like the man, Nicodemus, who came with plenty of questions to Jesus, we wonder what it truly means to be a Christian.
Can we know, without a doubt, if we are in Christ and part of His family?

For much of my life, I defined belonging to Christ
as following a rigid set of rules.
Maybe this is true for you, too?

I spent my middle and high school years at a Christian school, and the rulebook was lengthy. After years of keeping in line with their strict code of conduct, I tired myself out.

The tireless grace of God was an aspect of His character I didn’t yet understand, and no one attempted to explain it to me. My senior year, I was caught breaking the rules several times, and nearly expelled. Because my grades were good, the staff agreed to let me graduate with the rest of my class, but I didn’t return to church for nearly a decade.

Even though I ran, God pursued me.
As He is for you!

I didn’t recognize His pursuit at the time, but the passing of years always brings perspective. It took a cross-country move and the birth of my first child for me to realize it wasn’t sacrifices and rule checklists that God wanted.

He wanted my heart.
And yours.

In his gospel, the eye-witness disciple, John, records Jesus’ interaction with a Pharisee who brought his confusion and questions with him. He wanted to know who Jesus really is, but he came to Jesus at night so no one would see him. Jesus saw Nicodemus’ greatest need, just as He does for each of us, and cut to the heart of the matter.

“Truly I tell you, unless someone is born of water and the Spirit, he cannot enter the kingdom of God.” (John 3:5)

To be born of water is flesh birthing flesh, but to be birthed of the Spirit of the Living God is altogether other.

Like Nicodemus, I questioned Jesus.
I found answers to some of my questions, but not all of them.

I was born of His Spirit.

Like my daughter, I had an identity that was given to me, not because I earned it, but because of the unconditional love of a parent. I knew who I was because the desire to walk in step with his Spirit came without feelings of guilt or shame. I was no longer obedient out of a sense of obligation or fear of punishment. I followed Jesus because I wanted to; I wanted to be a living reflection of the radical change He made in my life.

A couple of years later, Mormon missionaries came to our door and asked if I died tomorrow, would I know where I was going. For the first time in my life, I answered confidently. I knew God’s Spirit was in me because He was changing me from the inside out. When others commented on the newness they saw, it solidified my assurance.

Jesus’ Spirit in us is our seal, guaranteeing our redemption and our eternal future with Him. Although we can grieve Him when we go our own way or give in to the selfish cravings of our flesh, He will never leave us.

“In Him you also were sealed with the promised Holy Spirit when you heard the word of truth, the gospel of your salvation, and when you believed.” (Ephesians 1:13)

Do you know Him?
Do you share conversation with Him, listening for His gentle whispers to guide your days?

If you will surrender, He proves a constant Friend and steady Counselor.
If something is keeping you from Him today, confess it to Him.
Declare out loud that He is your Lord.

Do you believe this?

Because the answer to that question changes everything.

Even amid suffering, we preach the gospel to ourselves. We remind ourselves and others that God is good and faithful, always loving and forgiving, ready to free us from the chains of sin and shame we are trapped within. We know this because He tells us in His word and because He’s proven Himself time and time again.
(2 Corinthians 1:3-7)
Dig Deeper!

Can We Pray With You?

Prayer is central to our ministry as believers in Jesus as we carry eachother’s burdens and intercede for one another. Our team is honored to share the work of praying alongside you!

Authentically living out a life of worship to the God who rescued us from darkness requires accountability and intentionality. Join a GT POD and take the next step in your faith journey!