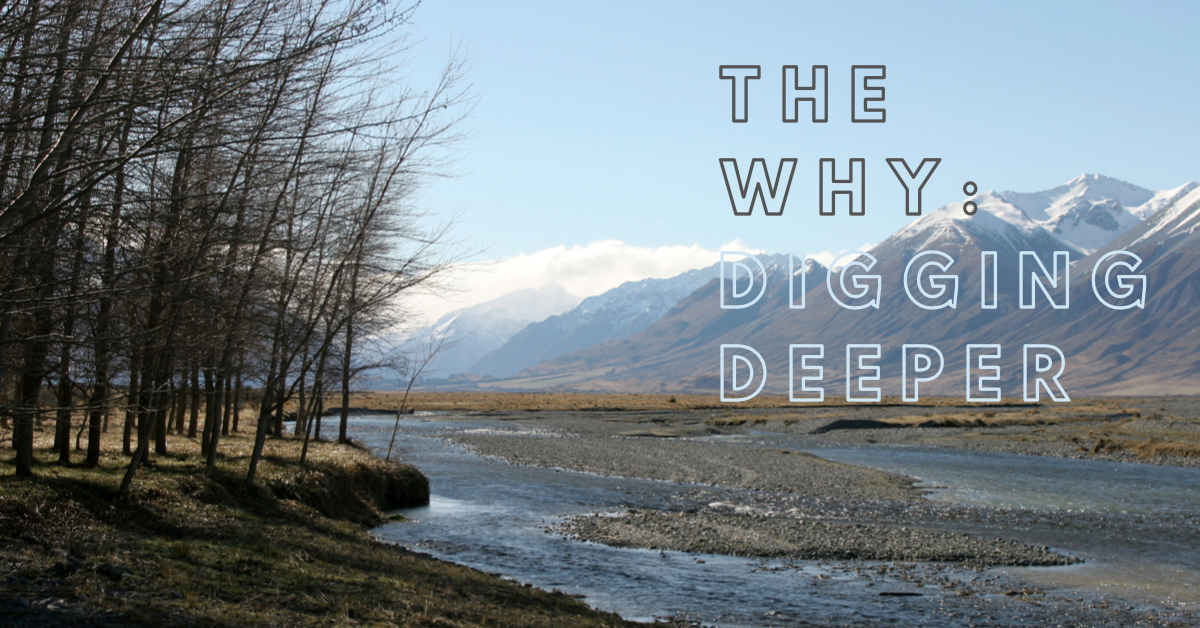 Yesterday’s Journey Study connects with today’s!
Check out The Why!

1) Verse 20 tells us this passage is part of a prayer. Who is represented by the personal pronouns used in the prayer?

2) What is the significance of the connecting phrase “so that”, which is used four times in this passage?

3) What is the importance of demonstrating unity and love as disciples of Jesus Christ? (verses 23-24)

1) Verse 20 tells us this passage is part of a prayer. Who is represented by the personal pronouns used in the prayer?
Why do we worship? We worship because we have been made one with the Father and Son. The Why question is answered in this prayer by determining the Who. Verse 1 says, “Jesus spoke these things, looked up to heaven, and said, ‘Father …” The Son of God was praying to His Father. Prayer was a habit for Him. (Luke 5:16) The prayers Jesus prayed give us insight into who He is. They speak to us about His nature, His heart, and His purpose while He walked on earth. His prayers also instruct us in our own prayer lives. In Matthew 6:9-13, the author records Jesus teaching His followers how to pray. Here in John 17 we see Jesus following the very pattern He taught. Jesus starts His prayer with “Father”, and as He prays, He acknowledges the Father’s authority, kingdom, and purpose. (verses 1-5) He then begins to pray for those closest to Him, His disciples. He prays for provision and protection for them, asking the Father to give them what they need and remind them of His teachings. Jesus prays for His disciples to be protected from the enemy and the world’s evil system. (verses 6-19) As He comes to the close of His prayer, He begins praying for all believers. He wants those who believe (John 3:16-18) in Him, including those of us in the present age, to be unified. We see verses 20-21 involve the Son (I) who is praying to the Father (You) on behalf of the disciples of Jesus (these), all other believers present and future (they), AND everyone in the world who will come to believe in Him one day.

2) What is the significance of the connecting phrase “so that”, which is used four times in this passage?
Why do we worship? We worship “so that” Jesus is known and glorified by all people. In these five verses, the Christian Standard Bible translators used the phrase “so that” in all but one verse. Jesus prayed for four results: 1) that the world would believe, 2) that His disciples would be unified as He was with the Father, 3) that His disciples would recognize that His unity with the Father was also attainable for them, and 4) that all would see the glory of Jesus. (verses 21-24) The prayer of Jesus reveals His heart for everyone in the world. John, the author of the book with the same name, had walked with Jesus. He writes about the time Jesus met a man named Nicodemus and explained to him how he could enter God’s eternal kingdom. Jesus explained to the man about heavenly things and told him about the Father’s love. He shared with him that the reason He had come to earth was to give everyone spiritual life that never ends. (John 3:1-21) This is the gospel message John wanted his readers to know was on the heart of Jesus. Pastor Greg Gilbert explains that the gospel is “simply telling the good news about Jesus! It’s a message from God saying, ‘Good news! Here is how you can be saved from judgment!’” In his gospel and his letters, the apostle John’s purpose was to reveal Jesus’ purpose in coming. He had followed Jesus closely and had heard Him teach, and very likely had heard Him pray many times in this way. (John 20:31, 1 John 5:13)

3) What is the importance of demonstrating unity and love as disciples of Jesus Christ? (verses 23-24)
Why do we worship? We worship because the Father has chosen to love us and to show the world His love through our unity with Him and one another. Jesus connected His relationship with His Father and His followers, as well as the relationship they had with one another, to the gospel message. Jesus prayed that the oneness of His followers would lead to His glory being revealed and received. In perfect unity, the Father and the Son loved people and desired them to spend eternity with God. Jesus prayed that those who were His disciples would be the vessels in which His love and grace would be carried to the world. God’s desire to have a relationship with humankind never changed. Through Adam and Eve’s choice to rebel against God, we are all equally guilty of this rebellion; our sin breaks the relationship with God. The good news is, that in Jesus, we are offered reconciliation back to God because of His perfect sacrifice on our behalf. (Romans 5:12-16) Jesus’ heart was bound to the unified purpose of our triune (three Persons, yet one God) God. Before the world was created, love existed between the Father and the Son through the Spirit. (verse 24) The apostle Peter referred to the work of the three Persons in the Godhead in his greeting in one of his letters to the believers. (1 Peter 1:1-2) As God set His affection on people from before the foundation of the world, Jesus’ death has given us access to the Father. The Spirit reveals to our hearts who Jesus is and how to be reconciled to God. The unity of our three-person God is important in understanding the depth of Jesus’ prayer and of our worship of God. (Resource on our three-in-One God: https://www.thegospelcoalition.org/article/5-reasons-trinity/ )

1) Verse 20 tells us this passage is part of a prayer. Who is represented by the personal pronouns used in the prayer?
If He had one, Jesus would have quite the prayer journal! This prayer is a beautiful picture of the Son of God pouring out His heart to His Father on behalf of everyone He created. The whole world from every generation is on His list. God desires worshippers, and the prayer in John 17 covers past (verses 1-5), present (verses 6-18) and future (verses 20-26) believers and seekers. This thought is mind-blowing! Jesus’ prayer for those who would seek Him was answered before, during, and after He prayed on this occasion. At Jesus’ birth, the Father was answering His Son’s prayer as the wise men from the east searched for the One they had read about.  (Matthew 2:1-10) As Jesus was praying for all His disciples, He knew a time would come when the disciple Peter would need those prayers on his behalf. (verses 14-15) With Peter’s denial, it appears that Jesus’ prayer did not work, but the Bible tells us Peter’s faith grew, and he became bold for Jesus. (Luke 22:31-32, Luke 24:11-12, Acts 2:14) We don’t know how the Father will answer the prayers of the Son on our behalf, but we can trust that He will, just as He has!

2) What is the significance of the connecting phrase “so that”, which is used four times in this passage?
Jesus gave up more than we can comprehend when He came to earth in human form. (Philippians 2:6-8) Though it’s hard to understand, we know He also never disconnected from the Father’s will and purpose for Him. Jesus’ motives, revealed by the English connecting words “so that …”, were all about God’s glory. It is from this vantage point we can rightly consider our present circumstances and are prompted to pray with the same motives. Jesus could pray knowing the past, present, and future of those for whom He prayed. We understand He not only knows what the future holds, He controls the future. The calm certainty of Jesus reveals His heart and unity with His Father. He sees from a perspective that encompasses all time and yet is outside of time. Humans do not have this capacity. We are not all-knowing, but we do have the Spirit of God Who helps us pray with discernment and wisdom and understanding. (Romans 8:26-27, 1 Corinthians 2:10-12) As we seek to worship the Lord with our lives, our prayers are shaped by what He prayed for us. It serves as an example of what to pray for ourselves and others. Ultimately, our deepest longings cry out for God’s glory. He alone is worthy of worship.

3) What is the importance of demonstrating unity and love as disciples of Jesus Christ? (verses 23-24)
The text in John 17 contains the last public prayer of Jesus before His arrest, trial, and crucifixion. Considering the two other prayers He prayed as He came to the end of His life on earth, we can discern the heart of Jesus. His one desire was for there to be worshippers. He prayed for this here, and later He would pray for God’s glory even if it meant the weight of the world would be placed on Him through His death. (Luke 22:39-42) As He was on the cross, Jesus prayed on behalf of those who crucified Him. His heart was filled with compassion even as it broke over the sins of the world. (Luke 23:32-34) This is the kind of love Jesus wants for all those who follow Him. We desire unity as believers because we understand it as essential to God’s purpose being fulfilled. Once we have come to Him in faith, we are then to unite with other believers in one goal: the worship of God. “Missions is not the ultimate goal of the church. Worship is. Missions exists because worship doesn’t. Worship is ultimate, not missions, because God is ultimate, not man. When this age is over, and the countless millions of the redeemed fall on their faces before the throne of God, missions will be no more.” (John Piper, Let the Nations be Glad)

What do YOU think?! Share Here!
Missing the connection to our other Journey Study?
Catch up with The Why!

This is Worship VIII Week One!
Don’t miss out on the discussion!
Sign up to receive every GT Journey Study!