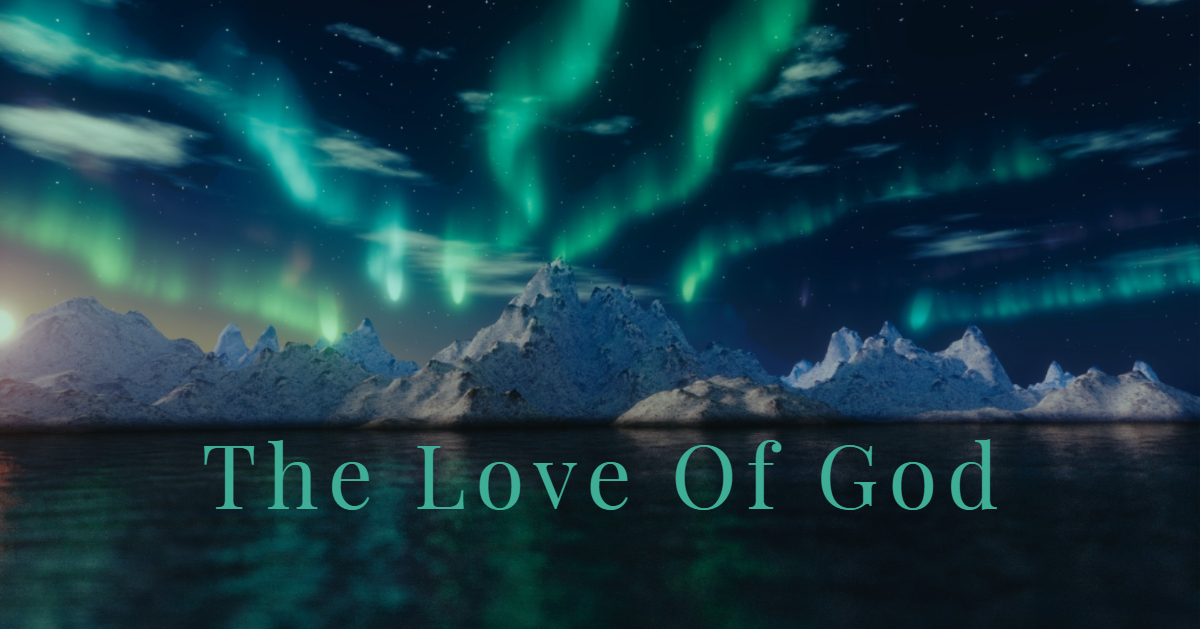 A California businessman loses everything.

A prisoner in an asylum scratches out words on his cell wall.

A Jewish Rabbi writes a poem for Pentecost.

At first glance, these men have nothing in common.
BUT, as is His style, God weaves a beautiful story.

He sovereignly used these men, unknown to each other, to co-author one of today’s most treasured hymns.

As only God can, He ordained specific circumstances for each of these men to bring together three stanzas of The Love of God.

I first heard the hymn in college at Moody Bible Institute in Chicago. Despite the 15+ years since that President’s Chapel where I listened to a choir sing at Dr. Stowell’s request, I still vividly hear the words ringing through the auditorium.

When I saw this Journey Study offer, I did a double take; how could I NOT write about these beautiful, moving lyrics that have meant so much to me?!

I had NO idea about the hymn’s history, but I uncovered an incredible story of God’s sovereignty!

Fredrick Lehman lost everything and watched his business crash before him. Instead of turning his back on God, he leaned into Him. Deeply moved by a sermon, Lehman’s rampant thoughts-turning-to-lyrics left him restless all night and pursued him the next day. When he finished his temporary shift of packing crates of fruit, he rushed home to his piano and penned the first two stanzas, the chorus, and the melody for his would-be-hymn.

Stuck, Lehman couldn’t think of a third verse, a requirement for hymns at that time.
He could have tucked his incomplete song away, stashing it in a box with other papers to be forgotten.

But he didn’t.
God wanted this hymn written at that very moment.

On the card was a poem:

Could we with ink the ocean fill
And were the skies of parchment made,
Were every stalk on earth a quill
And every man a scribe by trade,

To write the love of God above
Would drain the ocean dry,
Nor could the scroll contain the whole
Tho stretched from sky to sky.

Not only were the words perfect for the hymn’s message, but when Lehman set them to the melody he’d already prepared, it too was a perfect fit!

As Lehman looked again at the card, he saw a story written at the bottom.

The poem had been found on a prisoner’s cell wall in an asylum some 200 years prior.  The words had gone unnoticed until the prisoner died and workers were tasked with painting the cell. Impressed and thinking the words were worth preserving, the workers jotted down the poem before their brushes covered the walls with paint.

How amazing is that?!
God used a prisoner in an insane asylum to write the third stanza some 200 years before Lehman would pen the first two stanzas!

As if that wasn’t miraculous enough…get this!
The prisoner wasn’t the original author of the poem.
Encouraged by the words, he must have memorized them earlier in his life.

A Jewish Rabbi, Meir Ben Isaac Nehoria, had written the poem in Hebrew in AD 1050, as a hymn during Pentecost.

God preserved that poem, ensured a prisoner in an asylum would scrawl it on the wall of his cell, in English, some thousands of years later!

God then purposed a friend to give Lehman a card with both poem and story.

God not only had Lehman use that card as a bookmark, but reminded him of it on that very day as he struggled to compose lyrics for a third stanza for his hymn!

God must really have wanted that message written in that exact way, with those vivid mental images of a scroll stretching across the sky, an ocean filled with ink, and EVERY person on earth picking up a pen to attempt to write about His love!

The love of God is greater far
Than tongue or pen can ever tell.
It goes beyond the highest star
And reaches to the lowest hell.

We cannot even begin to fathom how much God loves us!  It is beyond our wildest imaginations!

The guilty pair, bowed down with care,
God gave His Son to win;
His erring child He reconciled
And pardoned from his sin.

Do you see Adam and Eve in the Garden?  Do you sense their shame, fear, and despair?

Do you hear God’s approaching footsteps? Do you cower lower, waiting for inevitable punishment?

Are you blown away when He graciously spares their lives AND provides reconciliation?

Do you realize God KNEW they would mess up and had a plan in place to save them before He ever spoke the first star into existence?!

Do you understand He also had YOU in mind that day in the Garden?  His promise of pardon is for ALL!

When years of time shall pass away,
And earthly thrones and kingdoms fall,
When men, who here refuse to pray,
On rocks and hills and mountains call,
God’s love so sure, shall still endure,
All measureless and strong;
Redeeming grace to Adam’s race-
The saints’ and angels’ song.

MUCH time has passed since that fateful day in the Garden.
In every time period, people worldwide have denied God and resisted Him.

BUT, His love endures.  He continues redeeming and reconciling ANY AND ALL who are willing through His offer of salvation TODAY until the day when Christ returns.

On that day, every tongue, tribe, and nation will join together with angels to sing to the Holy One!

O love of God, how rich and pure!
How measureless and strong!
It shall forevermore endure
The saints’ and angels’ song

That’s a story worth singing about, and sharing!
How might God use YOU, in intricate ways, to declare His vast love?!

Thanks for joining us today as we journeyed into Worship V Week One! Don’t miss out on the discussion below – we’d love to hear your thoughts!
Click the above image for today’s Digging Deeper!

Looking for other journeys from this theme?
Here’s a link to all past studies in Worship!