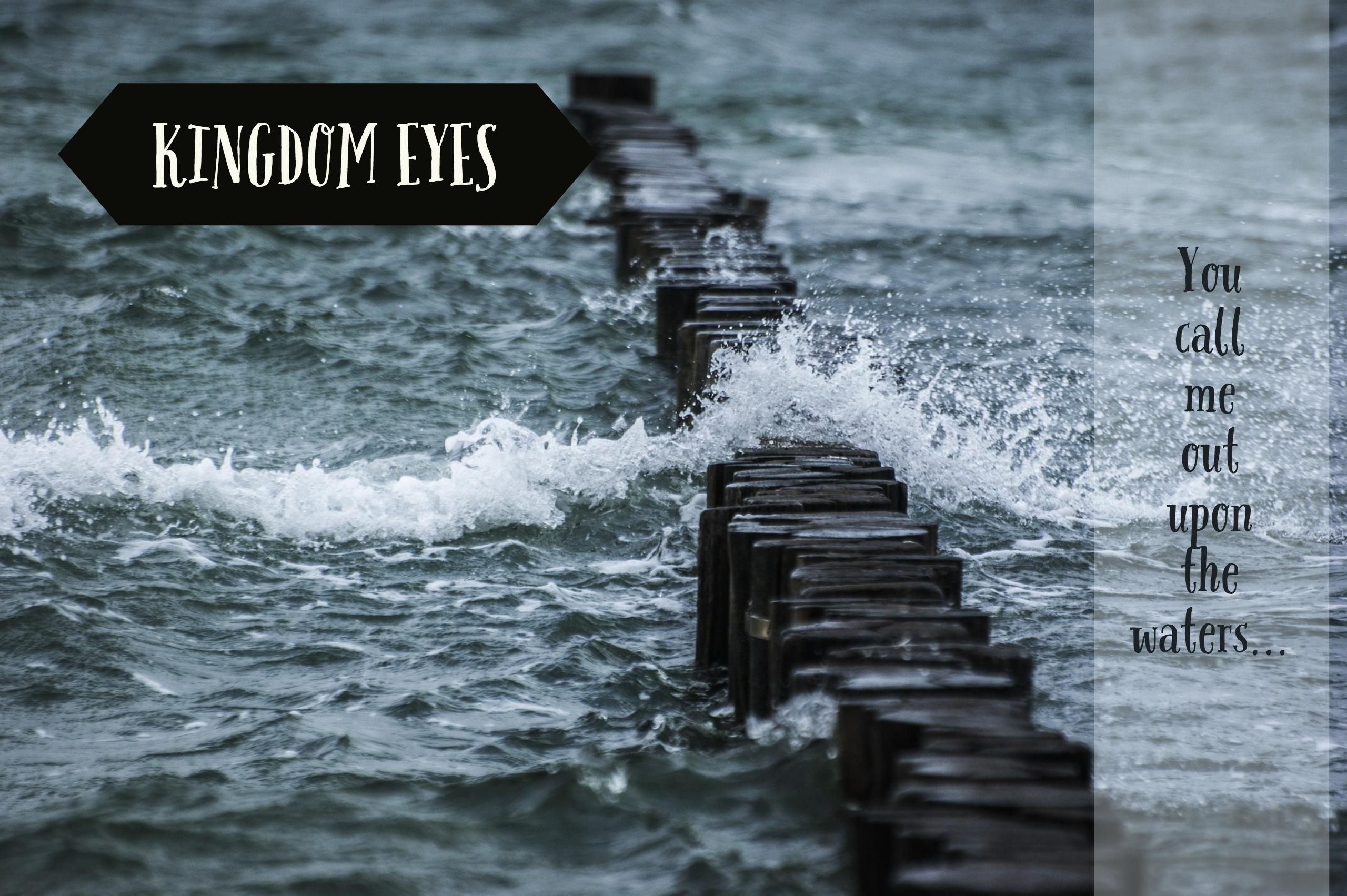 Fridays are 2-for-1! Check out the other Journey Post, Kingdom Eyes!

1) What is the broader context of this passage?

4) Why does the author ask God not to “close His ear”?

1) What is the broader context of this passage?
Jeremiah is the prophet who wrote Lamentations after Jerusalem had been utterly destroyed by its enemies and the Jews carried away into exile to Babylon for the next 70 years. He wrote the book to literally “lament” the nation’s loss of land, power, prestige, and most importantly, protection and right relationship with God. A unique trait of the book is that it is written like a pneumonic device with each letter of the Hebrew alphabet repeated three times. This device usage points to the likelihood that Jeremiah wrote it so people would repeat, remember, and memorize it. They needed to be reminded of their sin that caused separation from God, resulting in a loss of everything.

2) What is meant by “I am lost”?
The water in this passage likely refers to the “waves” of enemy armies that quickly advanced and overtook Israel as a nation to conquer it, just like the undulating waves of the ocean. To be “lost” is literally to be drowning with no hope of escape. Jeremiah saw the exile, he feared the worst for his people, he saw destruction and ruin all around him, with no repentance on behalf of the Israelites.

3) To what does the “pit” refer?
Jeremiah is using a “pit” to describe “lowness” or incredible “depths” of distress. He was in gut-wrenching agony over Israel’s state of affairs, both spiritually and physically. Yet, he pairs his lowest possible mental, physical, and spiritual state with the hope of the Lord. Even now, he still has confidence that he has been given access to call upon God’s Name!

4) Why does the author ask God not to “close His ear”?
Jeremiah is counting on God hearing and interceding for him and the nation of Israel before God has even answered or moved. Jeremiah trusted God’s character even when his circumstance seemed hopeless. In the verses that follow, we can see Jeremiah’s confidence growing as He recalls previous times when God has been faithful.

1) What is the broader context of this passage?
Jeremiah was deeply broken for the sins of his people, the nation of Israel. Their sin had effectively cut off their relationship with God. This pained Jeremiah so deeply because He knew how rich and deep God’s love was for His people, His own inheritance. The Jewish people were never meant to live in exile, they were created for unity in relationship with their Creator, exactly like you and I. When was the last time you were heartbroken over sin? Not because you didn’t “measure up”, but simply because it broke your relationship with the Creator.

2) What is meant by “I am lost”?
Sin seeps in as a trickle into our lives, but if we aren’t watching, it will soon give way to a flood. Sin will always take us farther than we want to go and cost us more than we want to pay. Be careful of becoming accustomed to “small sins”. Instead, pray for a heart that longs for every inch of our lives to be taken captive by the lordship of Jesus Christ!

3) To what does the “pit” refer?
Whether it feels like you’re drowning in an ocean or buried alive in a dark pit, there is hope. Because of the hope offered through Jesus Christ, we have been given the great gift of calling on His Name. What situations are you walking through that seem utterly hopeless? Call on the Lord God!

4) Why does the author ask God not to “close His ear”?
God wants our heart focus and dependency cast entirely on Him because of Who He Is. By deceiving ourselves into believing that we are self-sufficient and can “manage” our lives apart from the Lord, we easily get pulled under those ocean waves and trapped into deep pits. God responds to hearts that want Him to be their everything! Take time to get to know God’s character better this weekend so that when those ocean waves come upon you, you’re ready to lean into God’s faithful heart of love!

Don’t miss today’s other Journey Study, Kingdom Eyes!
Sign up to receive every Journey to your inbox!

Thanks for joining us today as we journeyed into Worship Week Two!
Don’t miss out on the discussion – we’d love to hear your thoughts!

Looking for other journeys from this theme?
See all past studies in Worship!